The country must abandon its fragmented system
Don R. McCanne

The total projected spending on
health care in the United States
for 2004 is $1.79 trillion—15.5%
of its gross domestic product [1].
That amounts to $6,167 per person,
almost twice what most nations with
comprehensive systems spend on care.

Most policy analysts agree that this
level of spending should be more than
enough to provide all Americans with
high quality, comprehensive health
care. Yet the United States falls far
short of these goals. What are the fl aws
in the United States health system that
prevent Americans from receiving
value from this huge health care
investment? And what are the options
for improvement?

Physicians for a National Health
Program
First, I should reveal my personal bias.
Physicians should be well represented
in the forefront of reform. As we look
back on the past half century of failed
health policy decisions, we see that
the dominant physicians’ organization
in the United States, the American
Medical Association (AMA), has
opposed most reform measures that
would result in an equitable, affordable
system for everyone.

Instead, the AMA
has supported an agenda that promotes
physicians’ freedom to maximize
their personal fi nancial reward, even
though those policies may deprive
tens of millions of Americans access to
affordable care. The AMA agenda has contributed signifi cantly to the current
high costs of American health care and
to our failure to adequately address the
mediocrity that characterizes health
care in the United States.

Many American physicians—
including myself—believe that the
funding infrastructure should be
redesigned to maximize heath care
resource allocation for the primary
benefi t of patients. Because of the
failure of organized medicine to
advocate on behalf of our patients, we
decided that a new organization was
needed. We established Physicians for a
National Health Program (www.pnhp.
org)

The Uninsured and the Poorly
Insured
There are 45 million Americans
with no health care coverage, and
not surprisingly, lack of insurance is
associated with worse health outcomes
[4]. About 18,000 young adults die
each year because they lack health
insurance [4]. The uninsured are less
likely than the insured to receive the
professionally recommended standard
of care for their chronic diseases, such
as diabetes (Figure 1) [5]. And if you
have a serious health crisis while you
are uninsured, you risk major debt or
bankruptcy.

Even the insured are inadequately
covered. Employers and individuals
who purchase coverage are rebelling at
the high price of insurance premiums.
To maintain competitive premiums,
insurers are designing products that
reduce the benefi ts they pay out by
increasing the out-of-pocket portion
that patients are required to pay for services received. Insured patients
may have to pay cash for care until a
designated amount is reached (the
deductible)—which could be thousands
of dollars.

In addition, patients are
often required to pay a dollar amount
(co-payment) or a percentage of the
charges (coinsurance) each time
services are received.
Insurers may also exclude specifi ed
services from coverage, such as
maternity benefi ts or mental health
services. Most insurance plans now
use lists of contracted physicians and
hospitals, and impose severe fi nancial
penalties for using health care
providers that are not contracted. All
of these measures reduce the value of
insurance by shifting costs from the
insurers to the patients who actually
need care.

Inadequate insurance coverage is
making average-income Americans
poorer. A recent study found that for
29% of individuals who had average
or greater-than-average incomes and were continually insured, medical
bills had caused signifi cant fi nancial
problems [6]. For those who were not
continuously insured, the percentages
were even higher. These fi nancial
barriers are impairing access to
benefi cial services. The United States
insurance market is now dominated by
insurance plans that provide neither
adequate health security nor fi nancial
security.
Does Higher Health Spending
Mean Better Quality?

There is a widespread belief that
the high spending in the United
States means that high quality care
is being delivered to the majority,
who can afford both comprehensive
coverage and the attendant out-ofpocket expenses. But international
comparisons of industrialized
nations have shown that the United
States is in the bottom quartile of
population health indicators such as
life expectancy and infant mortality
[7]. And in regional comparisons
within the United States, increased
levels of spending have not produced
a commensurate improvement in
health care outcomes. In fact, a
recent study found that in a state-bystate comparison, there is an inverse
relationship between spending
and quality outcomes—the more
expenditure, the worse the quality [8].

In 2000, the World Health
Organization rated the United States
fi rst in its health expenditures per
capita, but 37th in its overall health
system performance, below most
industrialized nations [9]. The United
States is clearly not receiving adequate
value for its health care investment.
Some contend that the poor
performance of the United States
system is due to the funding of health
care in the private sector, and that
all would be well if the government
would just take over funding. But it
is not quite that simple.

The greater
part of health care in the United
States—59%—is already funded by the
tax system. On a per capita basis, the
public, taxpayer-funded health care
expenditures alone total more than
the health care spending of every other
nation’s public and private funding
combined (with the exception of
Switzerland, in which total spending
per capita equals our public spending
alone) 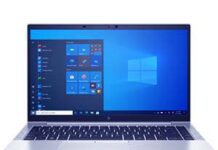 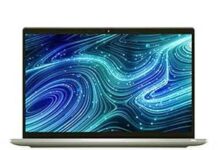 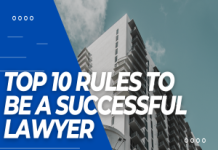 Top 10 rules to be a successful lawyer 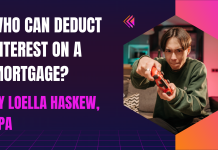 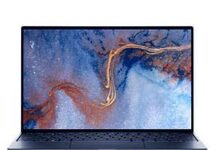 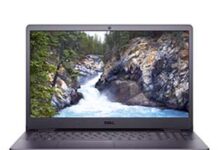